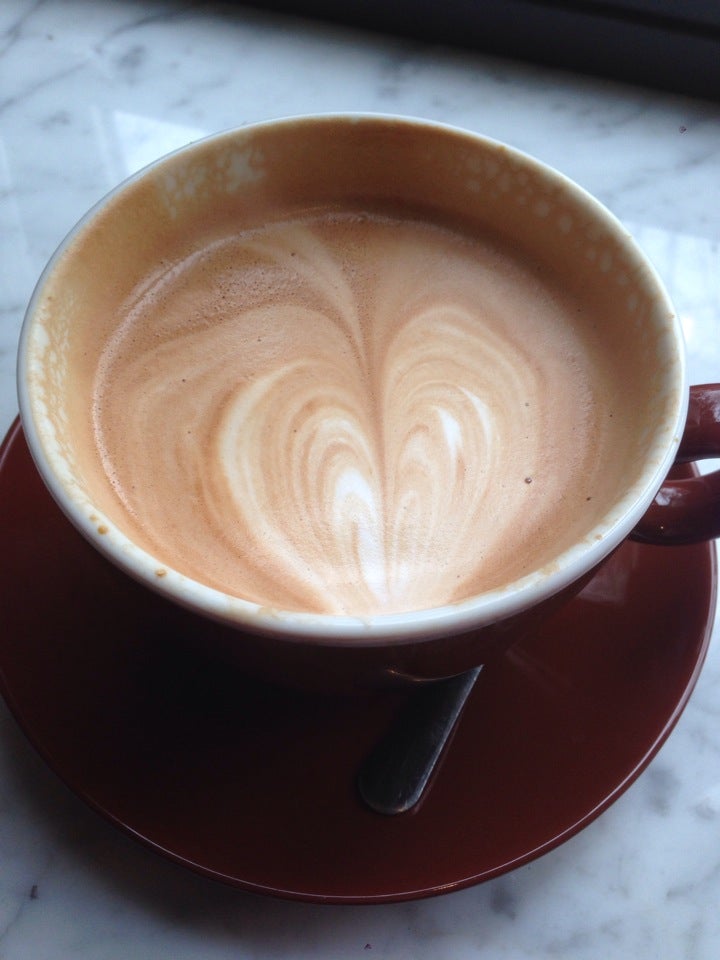 I grew up in a sheltered world relatively devoid of coffee. Neither of my parents drink it (my mother never, my father very occasionally). I got through MIT having only a couple cups when I couldn’t get a 5 hour energy (and in general I had a weird moralistic sense of frequent caffeine use as ethically questionable, perhaps brought on by all the hubbub about “performance enhancing drugs” in baseball when I was younger). I, for the most part, thought it tasted gross and that the idea of “acquired taste” was bunk— at least until it happened to me in a big way with beer.

But I went to meet Yan and some friends at Voltage a few times and ordered a couple of their lattes to not be weird (though their hot chocolate is also delicious). After graduating, I moved to across the street from there and started getting some of those (especially the “Atticus Finch” & “Madame X”) regularly as well as mochas there, at Area IV, and more occasionally at 1369 Coffeehouse. Somewhere in there I was hooked.

I currently get espresso drinks from a number of places fairly regularly, and try new places frequently. Since my fitness focus started in earnest, I have cut back some on the mochas in favor of cappuccinos (milk foam is awesome), macchiatos, cortados, and straight espresso (which is still a little strong for me).

I am still a neophyte for sure. If you have suggestions for resources on learning about coffee, feel free to tweet at me.

In general what loyalties I have are to cafés affiliated with a single roastery, followed by some local favorites: 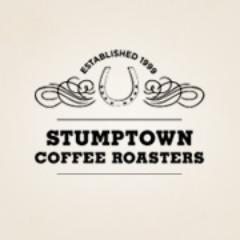 Coming to New York, my litmus test that I’ll like a shop is the service of Portland, OR’s Stumptown Coffee. On some of my first visits job-hunting in New York, I went to there flagship corporate-owned NYC location. It’s pretty good, though the line is pretty ridiculous. But overall my favorite coffee shops in New York, all of which serve Stumptown coffee, are probably:

Beyond these my other frequent stomping and tasting grounds are Oakland’s Blue Bottle Coffee recently opened a shop a few blocks from my apartment. While making this my second loyalty makes me about as cliché as possible for a yuppie coffee drinker in 2013, I appreciate this location: the space is small and inviting, the baristas are friendly, the single-origin espresso is tasty, and I am slowly making a habit of drinking a cup (or two) there while perusing the display copy of The Blue Bottle Craft of Coffee (pictured at right) to actually learn something about this interesting beverage I’ve been enjoying so much.

Van Leeuwen serves Toby’s Estate Coffee, which is pretty good, but I don’t really have many feelings on. What sells me on this, especially come “cheat day” on my diet program is the combination of the Mocha (made with Michel Cluizel chocolate) or “New Mexican Mocha” and a scoop or two of their Vanilla Bean ice cream. The combination of hot chocolate bitterness (and spiciness for the “New Mexican”) and cool vanilla sweetness is pretty sublime. I recommend it if you are in the neighborhood and feeling carb-hungry.

Konditori is a chain of Swedish coffee shops in Brooklyn. The one on Smith Street is conveniently located on my way to the gym I’ve been frequenting. Their coffee is fine but un-amazing (to be fair I’ve been getting a Red Eye often, so I wouldn’t really know), but the people are friendly and the space is nice. They also have a juice bar serving a variety of juices. If you are on Smith Street, but not down for ice cream and you don’t like Blue Bottle (or its tiny space is absurdly crowded), its my next recommendation.